Day One Hualien to Taipei


On the way to Hualien, we chose the Ocean Line which gave us magnificent views along the coast, so we opted for the Mountain Line to Taipei. This journey took slightly more than two hours. But as always, with a little food and games, we got there in no time.

Humblet was super energetic during the train ride for whatever reason, clapping, eating and playing. So much so she was flat out by the time we reached our Airbnb in Xinmending, Taipei. We met my family there and would travel Taipei with them for three days. It was good to know we had more hands to share our 10kg load.

That first day, we decided to do Shilin Night Market, since it was a Thursday. It was drizzling slightly, but still comfortable for walking. Being the most popular night market in Taipei, it certainly was crowded for a weekday evening. We couldn't imagine what it would be like on weekends.

We've been to the Taipei Zoo multiple times, but we were excited to see Mya's reactions to all the animals. She has started recognising certain ones in her books and we thought it'd be great for her to see them in real life.


The weather was wonderful that morning and we even got to meet the newest addition to the panda family! You might also want to that the Taipei Zoo provides strollers for rent at a cost of only SGD$2, we were so grateful to be able to push humblet around for once. Also, rather than lining up to purchase a ticket to enter the zoo, they have allowed payment by Easycard (their version of the ezlink), so it's really no hassle. Just scan and you're good to go.

After touring about half the zoo, we took the zoo tram to the Maokong South station where we hopped onto a gondola which would take us up the mountain. Again, this transport arrangement only required the use of the Easycard, so it's really convenient.

Mya was apprehensive for maybe the first two minutes, after which she tried to explore every corner of the gondola. The ride the Maokong Station costs around SGD$3 up and another SGD$5 back down to the Taipei Zoo MRT Station.

We didn't trek around Maokong this time as it was raining. Instead, we chose a scenic place to have lunch and then headed to a quiet cafe where Mya took her afternoon nap.

May I just say, we are never doing these locations on a weekend ever again.

Trains were crowded, food stalls had insane lines and navigating the narrow streets in Jiufen was practically impossible. Tour groups and tour buses lined the treacherous turns up the mountain, Taxi drivers were touting at the top of their voices and worst were these swinging selfie-sticks you had to dodge every where you turned.

Nevertheless, we went ahead and tried to enjoy ourselves as much as possible. Having our fair share of their famous meatball noodles, bubble milk tea (from the original bubble tea stall) and Jiufen's famous Grandma's Taro Ball.


When we arrived at Shifen, we saw the hoards of enthusiastic tourists from the train station, and decided to continue the ride until Pingxi instead. It was there that we did our must-do Lantern ceremony sans the crowds. It's so harmful to the environment though, we saw lantern debris all over the rivers and forests afterwards and I promised myself never to do this again if I could help it.

That evening, we had a quiet dinner at a very uncrowded noodle stall near our Airbnb and peace returned.


Since my family was leaving that afternoon, we took the morning slow and walked around the Ximending area. There's quite a bit of shopping to do here, souvenirs, bags, shoes and rows and rows of clothing stores. Shopping is not really our thing, so we chose people watching instead, from the airconditioned comfort of the Eslite Shopping Mall. 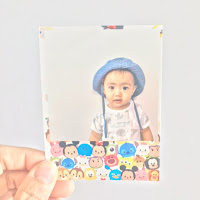 There was also this cute machine in the mall which allowed you to print two instagram photos for SGD$1. You could also choose either a fun border, like we did with this tsum tsum one, or simply print plain photos.

That evening, we were back down to the three of us and we headed out to Maji Maji Square for dinner. We stumbled upon this really hipster place near the Expo two years ago. It's basically their centre for design. They've gathered local designers, leather goods, toy makers, clothing boutiques and put them together in this fancy place. We even managed to get wooden toys for Mya's Christmas gift! This is also a great place to chill and have coffee in the day. Most weekends, they also have craft sessions for kids which you could pay to do, including a Lego Cafe and a painting workroom.

We took the late afternoon flight back to Singapore and landed at around half past eight in the evening. Mya took a nap and did some drawing on the plane, read about how we occupied her in the next and final blog edition for Taiwan. Here's Travelling Toddler: Taiwan Part One if you missed it.


Have a great week everyone!
Amy