I AM MOTHER, HEAR ME ROAR

The story was told of two mothers who delivered three days apart and shared a ward, with their babies in the hospital bed. In the middle of the night, one woke up and saw that her baby was dead. She then quietly switched babies with the mother in the next bed. When the other mother woke up and saw that the baby was not hers, she freaked out and took the first mother to court.

In the courtroom, the judge calmly heard the case from each woman. Both claiming the living child to be her own. With a wave, he silenced them both, pronouncing that the child be sawed in two, so that each woman could have half.

The woman whose child was the living one, was deeply troubled and quickly begged that the judge give the child to the other woman. Immediately, it was made clear who the real mother was and the living child duly returned.

Another miscarriage. Another stillborn. Yet another, born with so many heart defects they cannot live beyond their first hour outside the womb.

Even with all this, we still get news of child abuse on the rise. Neglected children on the streets. Child trafficking getting out of control. The rate of adoption and fostering unable to keep up with the sheer number of abandoned little ones. Depression, teenage pregnancy, child suicides on the rise as a result of parental negligence.

This Mother’s Day, the only thought in my head is ‘mothers (and fathers), we cannot continue to stand by and watch.’

From the time I was pregnant with Humblet until now, I have been a mum. Being a mother is rarely something you choose. Some people plan, but are unable to conceive. Some people conceive one healthy child after another without any complications. Still others strive to time, calculate and plan, but still, the child is nothing like they expected him or her to be.

I never wanted to be a mum, because I never thought I could be a good one. Motherhood was thrust upon me like a heavy burden and fear often paralysed me in the early stages of the journey. When we almost lost her because of the complicated pregnancy, involving a surgery within the first trimester. When she was hospitalised before she was a year old for an infection that had to be surgically removed. When depression plagued me all those dark days, then months, alone with an infant whom I did not quite understand. 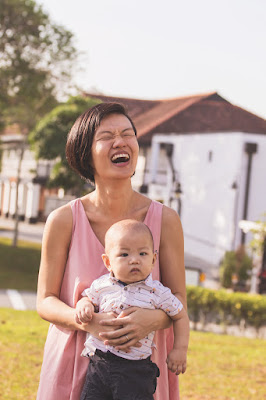 Fast forward three years and there we were all ready for Singlet’s arrival. Thinking the second child would be so much easier, since we were now ‘experienced’ parents. Within the third day of his life, we were told he had a hole in his heart. One that would eventually require surgery of sorts, one that might cause his growth to the hampered and his lungs to be forever overworked.

All the time my thoughts were, if only I could go into that operating theatre and take Humblet’s place. Or that I could give Singlet my heart and take his defects instead. Let me bear the brunt of their asthma attacks, mysterious fevers, infections and the like.

Is this called nobility? Or selflessness even?

I think not. Instead, this is motherhood, this is parenthood. Is it not?

You wake up without complaining. You carry without tiring. You clean up shit again and again. You read the same book 500x. You go to bed shaking your head, asking yourself what you got yourself into. But you wake up and do it all over again.

Your body is exhausted, most of the time you are running purely on adrenaline. But you look at the sweetly sleeping face of your child sleeping and you are immensely grateful they are alive. That they have given you the privilege of being a parent.

Can’t conceive? Would you consider adoption?

Single? Would you consider mentoring a young life?

Done with having your own kids? Would you think about fostering one or two more?

Had a miscarriage? Would you consider counselling, comforting another with a similar experience?

Is there a single parent you can help and support? Is there a neglected child you can take in? Is there an unwanted new born you can welcome into your home?

I am one person, we are one family, but all you wonderful parents out there. All day every day, I learn from you. I read your stories and see you do wonders with your ever-growing children. I need you. We need you. Other children need you.

I am mother, hear me roar. We are mothers, we are parents, hear us roar.
Happy Mother’s Day you wonderful people, I am loved because I am my mother’s child.